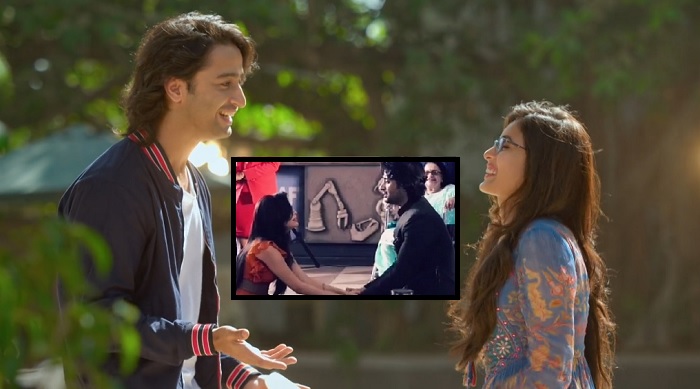 The current track of Yeh Rishtey Hain Pyaar Ke airing on Star Plus currently, is a bit disappointing for fans in terms of the commotion going on.

As per the current track, Mishti (Rhea Sharma) has made her move to get into everyone’s bad books and the family is in deep shock and hurt after her stint in front of Kuhu’s (Kaveri Priyam)  in laws. Meenakshi Rajvansh is however grinning ear to ear from the inside with all the happiness bubbling within her. Well that’s the definition of an evil mother in law for you who’s presence is kind of haunting even before the love story begins.

Owing to all the things that Mishti did to save Kuhu and Kunal’s marriage, Mishti will no longer be staying in the mansion for Kuhu’s marriage and will be leaving for Mumbai as on the other hand Kuhu gets prepped for her marriage.

The fans right now will witness the story rolling on scenes and are yet to encounter Abir’s (Shaheer Sheikh) emotions and perception about Mishti after the way Mishti has left a bad impression for herself. We are pretty sure that this intelligent man would figure out the unusual and here it is!

Turns out that Abir will make a filmy entry at the airport and that too not by a car, any jeep or chauffeur but all in his glory like a prince charming on a white horse. (Hope he hasn’t taken away Kunal’s one though!)

So Mr. Prince charming would arrive in style to fetch his princess but sadly there are guards guarding the airport who wouldn’t let him in ofcourse .

And then the fans would see the angel coming to help him, who, in this case is none other than the popular actress Heli Daruwala. The beautiful actress who’s all set to make an appearance for a cameo here would be shown to be Mishti’s childhood friend who happens to know Abir too!

So helping her friend out of the mess, the lady would help him find Mishti. Watching our love struck charmer so worked up for his lady love, the passengers at the airport would be helping him in unison too! 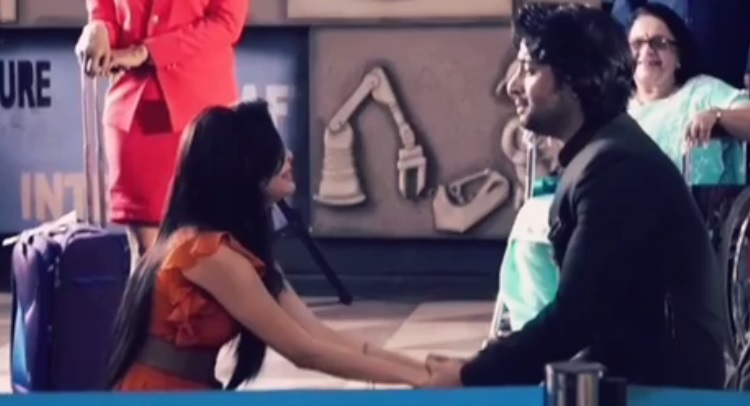 Eventually Mishti would come back and both would be seen sharing a passionate hug and the emotions and the eye to eye feels of them is difficult to put in words altogether.
All viewers will witness is both leaving the place hand in hand thereafter.

This is something that the viewers least expected and now that the viewers are all ready to expect and experience the ‘Jaane Tu Ya Jaane Na’ Bollywood feel here, let us also tell you that the entry and ‘N’ number of things can be filmy any day but there’s nothing that can be tagged similar to the chemistry they share.

Anticipating how gorgeous the whole whirl of emotions and expressions and confessions we are about to witness, the wait is going to be pretty long!

P.S:- Viewers will also witness a whole lot of drama back at Kuhu’s wedding. Instead of Kunal the groom will be exchanged there and only MishBir would be disclosing the truth and also handle the chaos. It seems, if MishBir are together, all will be well.