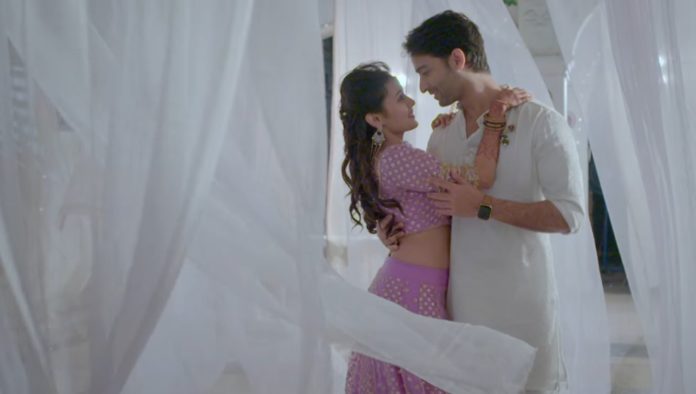 Star Plus’ show Yeh Rishtey Hain Pyaar Ke has been on a high on drama even before Shivratri ever since the Mishbir wedding track.

Some more saas bahu and MishKu drama awaits the audiences in the upcoming episodes with the mahashivratri going to be celebrated in the show.

But as the twist calls, this won’t be an easy task for Mishti either after the master chef competition. As we all know, the show will be witnessing the mahashivratri veneration soon which is supposed to be done by Mishti and Abir. However as the fate and of course Kuhu will have it, Abir’s coffee unintentionally would be spiked with the strong intensity sleeping pills which will eventually land both in misery again.

Mishti (Rhea Sharma ) will sense the panicky situation and still will be seen getting Abir onto his feet somehow to the temple and will fake her illness as an excuse to shadow Abir’s (Shaheer Sheikh) condition from the family for a while.

Meanwhile, Kunal and Kuhu will do the maha arti whilst Mishti and Abir will sadly sit behind watching another important day in their newly married life going all rocky again.

However, poor Abir who has fallen prey to the entire’ Meenakshi Rajvansh instigating Kuhu’ drama, will go unconscious leaving the family behind worried.

The relief, once again in the entire situation will be the fact that Mishti will overhear Meenakshi and Kuhu and will develop a doubt over Kuhu being behind the entire ploy .

What would be interesting to see is wether mishti will gather evidence find the entire truth and will call out kuhu yet again this time or will let go of the situation for family’s sake once again.