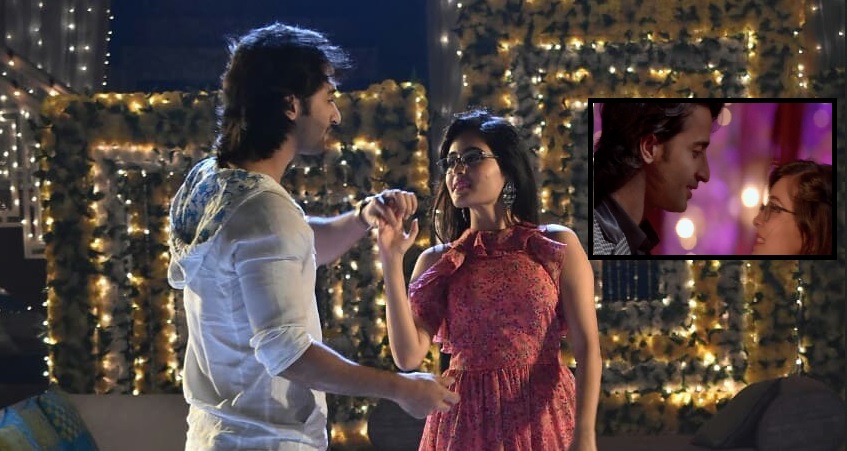 Yeh Rishtey Hain Pyaar Ke airing on Star Plus is all set to make another turn which will eventually affect Mishbir’s love life to a great extent.

The ongoing sequence in the show wherein Abir’s life is all joyful at the moment owing to his Baba’s return, Meenakshi and the other family members are still in denial to accept him back.

The upcoming sequence will showcase Abir’s birthday party in full force and the highlight would be Mishti making an appearance for the birthday boy followed by the duo shaking a leg together on a romantic number.

Mishbir are an absolute soothing sight, with the duo grooving to the beats of Ishq Wala Love.

Clad in a three piece suit Abir (Shaheer Sheikh) looks no less than a prince charming and Mishti (Rhea Sharma)in that shoulder down gown looks ethereal and with both dancing together with confetti flowing around, the scene looks like to have come alive from a fairy tale.

However, a little twist in the happy tale would be when Mishti will overhear Meenakshi and Nanu’s conversation about plotting a way to drive Mehul away from Abir’s life.

Now knowing this, Mishti would definitely step in to know the details and the viewers can pretty predict how well Mishti and Meenakshi’s equation is going to end up if that happens.

Which way will Mishti and Abir’s love story go and how will they both be able to find a way for themselves together in all this mess is what all viewers are waiting to see!