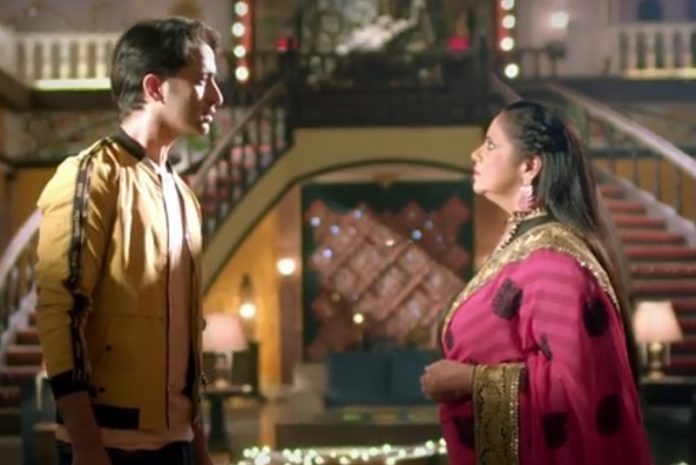 Surprisingly, The latest promo of Star Plus’ Yeh Rishtey Hain Pyaar Ke is here and in less than a few hours of being online, the promo is creating a buzz and how.

Earlier the surrogacy promo of the show left the viewers with a bad taste with many wishing to not go that way in the upcoming track. However as they say, that was just the trailer and now the full picture will come into play more clearer and even better than before after the latest promo.

As seen in the show till now, the news of inability to conceive ever and the shattered dreams of a happy motherhood have left Mishti (Rhea Sharma) broken and battered. The recent episodes have been extremely emotional to watch, thanks to this talented actress and Shaheer Sheikh who has been portraying Abir’s turmoil and pain perfectly to the T.

However the upcoming episodes will witness a new twist it seems. The latest promo onboard showcases the much loved face off duo of Meenakshi (Rupal Patel) Rajvansh and Abir. While Meenakshi is back to being Meenakshi again and is only keen on having an heir for the family, that too from Abir, her own blood, Abir can be seen lashing out at her and stating rightly that Kunal and Kuhu’s child can also be the heir for the family.

However, Meenakshi’s next sentence will once again throw you off guard as she states the old age belief of ‘Raja ka beta being a Raja’. To this Abir’s reply is something that has taken away viewers’ hearts already!

Meenakshi’s mean-u avatar has somehow ignited the ferociousness and some intensity too that the track needed. It’s great to see the twist with the mother – son duo once again at loggerheads with each other. Considering how brilliant Shaheer Sheikh and Rupal Patel are, in same frame, these two with their war of words have been viewers’ favourite to watch.

Furthermore, it would be now great to see how the track unfolds as this promo gives away a little yet will unfurl the zeal to watch the show again.

Also Meenakshi’s conventional thinking about having an heir from her bloodline only will make a lot of clatter since we still have a strata of society dealing with that notion. How Mishti and Abir will overcome this painful situation in their lives will be worth a watch in the more episodes coming soon but this promo has definitely spiked the interest to watch what happens next in the show!

Are we seeing Abir ever bow down soon in front of his mother to give an heir? Find out on #YehRishteyHainPyaarKe, Mon-Sat at 9pm on StarPlus and Disney+ Hotstar. @shaheernsheikh @rhea_shrm