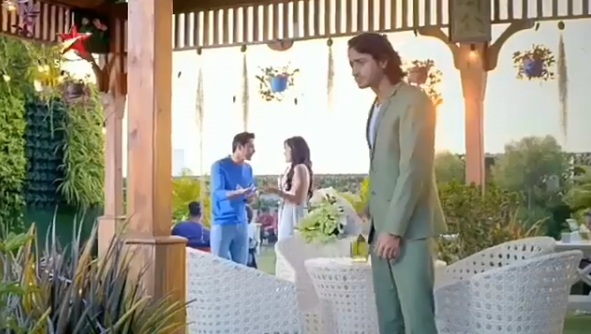 Star Plus’ Yeh Rishtey Hain Pyaar Ke is back with another promo indicating the painful separation of Abir and Mishti that their fans on the virtual world is constantly talking about.

MishBir, the duo, who became an ideal couple for the viewers are now going to get separated due to Meenakshi’s demands from Abir (Shaheer Sheikh).

What We Saw In The Promo –

Abir is seen waiting for Mishti (Rhea Sharma) in a restaurant. Seeing her approaching towards him, he gears up to meet her with a bouquet of flowers.

However, Mishti walks past him ignoring his presence and hugs another man, who supposedly turns out to be Vatsal Sheth.

Abir is heartbroken seeing Mishti with him and walks away from the place.

Points To Be Noted In The Promo –

1. Mishti isn’t wearing any specs. Apparently, those glasses were gifted by Abir to Mishti. In fact, keeping the past in mind, when Kunal had asked Mishti to go through a surgery so that she need not wear any specs ever, Mishti denied to do so and Abir supported her. Those specs had a special role in the MishBir love story which Mishti isn’t wearing in the promo anymore.

2. Mishti is happy and comfortable with her new friend. This comfort zone of her may hurt Abir the most and he may realise that there’s no going back to her anymore. He has hurt her too much for her to even look back at him.

3. It will take Abir a lot of efforts and luck to win back Mishti.

4. And Vatsal Sheth’s positive and happy avatar in the show is adding a freshness to the upcoming story.

5. This is probably the last promo of Abir with his long hair! (At least for now!)

If you didn’t watch the promo yet, check it out below – 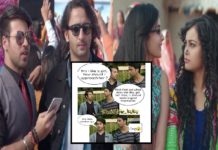 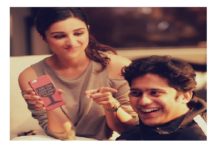 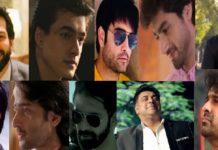