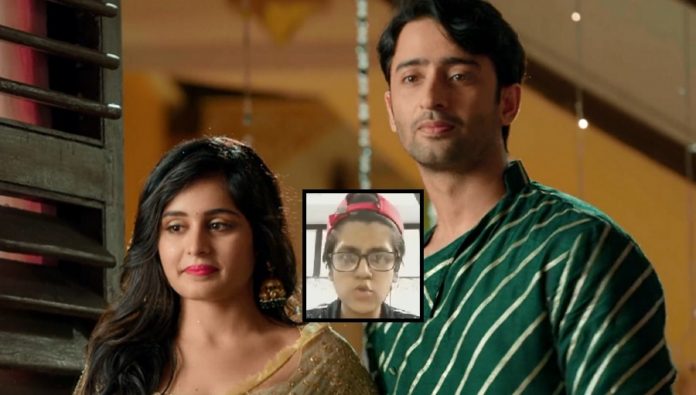 Yeh Rishtey Hain Pyaar Ke is a popular show amidst the young audiences and ever since the horrible news of the show going off air has been doing the rounds, there hasn’t been a single day where the fans of Shaheer Sheikh and Rhea Sharma starrer haven’t expressed their dislike on social media.

The army of Mishbir fans has been continuously making headlines with their daily twitter trending and now with more than 5 million tweets , this crazy fandom is breaking every record.

Besides the daily trends to evoke the channel and production house to provide their show with an extension, there are several fans who are creatively expressing the thoughts of entire fandom.

One such video made by a Mishbir fan, Hiral, with an ultimate smooth rap is something that’s grabbing eyeball since early morning and is surely worth a watch.

Talking about how she came up with the video she said, “I love rapping I already made a spoof rap for one of the characters in the show. And one of friend suggested me to do one for this situation. So then this happened!”

She also hopes that the show gets an extension. “I just hope we get the extension as MishBir deserve a better end and the fans doing so much since 7 days deserve it!”, she said.

This video here definitely makes it look like this army of fans isn’t going to back down anytime soon.

Yeh Rishtey Hain Pyaar Ke is an extremely popular show which is loved immensely by the audiences but due to the drip in TRPs post lockdown, the show is being axed by the channel and is expected to air it’s last on October 17.

Baaki no offence to anyone.

Concept : Fandom vs Starplus and DKP!