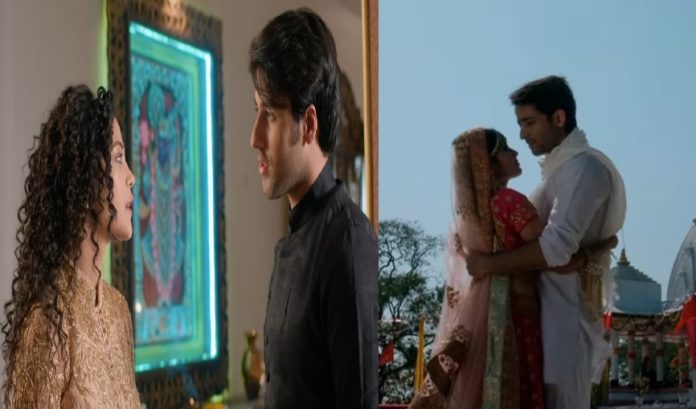 With the animosity and the tension between the two onscreen sisters Kuhu (Kaveri Priyam) and Mishti (Rhea Sharma ) at present, Yeh Rishtey Hain Pyaar Ke seems like an opposite sequel of Ek Hazaaron Mein Meri Behna Hai where the two sisters are at loggerheads even at each other’s wedding day.

The upcoming sequence as usual will have the ‘kaala teeka’ of the twist as not one but two marriages will be taking place in the same altar. After Kuhu and Kunal having sorted out their differences, the families have decided to get the two jodis married in the same altar at the same time now.

However in contrast to the common sense and common solution of a not so common problem, there is a whole tale of twist here too.

With the auspicious time lasting only for half an hour, there will be a major battle for who will get married first. Kuhu as always would feel insecure with Mishti and Abir marrying first and be adamant of getting the altar for her marriage first.

And as always, Mishti will agree to the terms for the the family and everyone’s happiness and let Kuhu take the lead at getting married again. The viewers will once again witness a major clash amidst the two sister but what’s worth the wait is now to see how and what Mishti comes up with to get married to Abir at the same time.

P.S. – We all know you guys too, are praying for Mishbir to elope and get married in their own dream world away from all this negativity and let’s just hope we get this one thing right in this entire Mishbir wedding track.

Stay tuned to this space is for more!