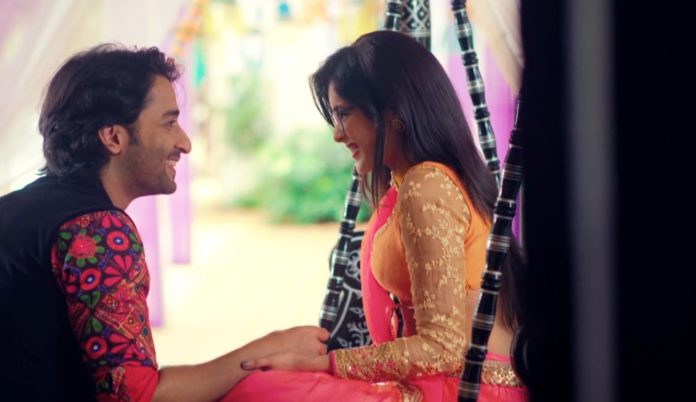 Frankly speaking the ambience is too heated up right now in Star Plus’ Yeh Rishtey Hain Pyaar Ke.

The recent episode of the show has witnessed some major drama with tension spiking up amidst Abir and Mishti due to the chaos.

However a sigh of relief is here for the fact that the two will call their little tiff quits with their romantic date planned ahead.

The two surely are life of each other and to bear the fact that they might have hurt each other unintentionally, would be killing them inside pretty badly.

After Mishbir’s first conflict after marriage, their romantic patch up is here to look forward after all the drama that transpired in the show. As per the upcoming ahead, the viewers will get to see an Abir making it up to Mishti as he leaves origami letters for her in the house. However the mister will be in for a surprise himself when his angry chorni will leave a letter for him instead, calling him at the same place where they met first in the Rajvansh house.

Mishti being the unconventional one as always will welcome her Ajeeb Rajvansh with a shower of flowers from the terrace. The two would be seen sharing some private moments together with Mishti having set up a mini date at the back of a car with some brownie and rose for her man.

Now that sounds some Mishbir content that’s bound to come out in ways more beautiful than it can be expressed in words. We bet the two ace artists Shaheer Sheikh and Rhea Sharma will caste a magical spell as ‘Mishbir’ again for their audiences.

Also along with some sweet romance, the viewers will witness some heartwarming moments as unexpectedly Abir and Kunal would be seen making Parul do the inauguration of their company’s event. While this will definitely be a thing to cherish, wonder what will be Meenakshi’s reaction on the same!