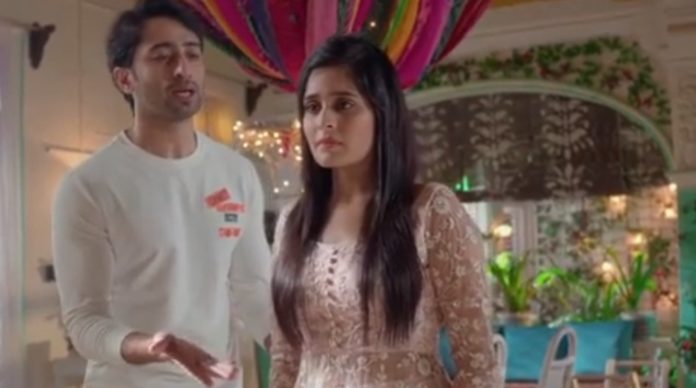 The viewers of the show Yeh ishtey Hain Pyaar Ke would have loved to enjoy the jolly good episodes for a few more days but seems like the makers already had the next emotional and dramatic track ready even before the visuals of the previous one could fade away.

With the onset of surrogacy track (as the promo suggests) in the show, a lot of heavy duty scenes and drama is unfolding gradually. As seen till now, Abir (Shaheer Sheikh) has got a major shocker with the news of Mishti’s (Rhea Sharma) inability to conceive.

From the previous episodes, one can make out how excited and sensitive has Abir been, whenever talking about a bundle of joy coming in their lives and his eagerness to embrace fatherhood is so well conveyed to the audiences.

But with this major blow, all his dreams seem to crumble down and the impact of this emotional turmoil has been amazingly portrayed by Shaheer Sheikh. The way his eyes speak of Abir’s agony, the hot tears that scream of destiny’s unfair treatment to him and the pain that very well reflects even when he suddenly switches his emotions is what tugs at viewers hearts.

For the whirlwind of emotions that Abir is going through, Shaheer Sheikh has once again surpassed himself in executing so. The guy is being applauded and appreciated for depicting Abir’s emotional state with so much conviction and perfection that it’s making viewers shed some tears too.

But well, looks like some more tissue boxes will have to be stocked up for this latest snippet of the upcoming posted by the production house, will surely leave you in tears.

As Abir will be seen breaking down in his mother’s arms, the greater challenge of letting Mishti know about the tragedy that has stuck them, will await him now. While Mishti will be seen taking baby steps towards planning a baby, Abir in a conversation with Mishti, would be seen having a change in attitude towards the same.

As Abir will put forward his view of rethinking about stepping into parenthood and that it will take away their time from each other, Mishti will sense of something being fishy and will ask Abir about her reports. And in the spontaneous argument that follows, Abir will blurt out the truth to Mishti leaving her shocked and dumbfounded.

With this gist of what’s to come, the viewers can make out the emotional roller coaster ride that it’s going to be. With Shaheer Sheikh already making the viewers cry out with him in pain since two days already, Rhea Sharma adding to the frame is going to make the entire upcoming and dreaded sequence powerful and emotionally overwhelming for the audiences and how.

However, be it another dream sequence or the reality rolling out, the waterworks are guaranteed!

Scroll down below to see the clip of upcoming and stay tuned to this space for more updates!

A post shared by Directors Kut Production (@directorskutproduction) on Aug 29, 2020 at 12:15am PDT