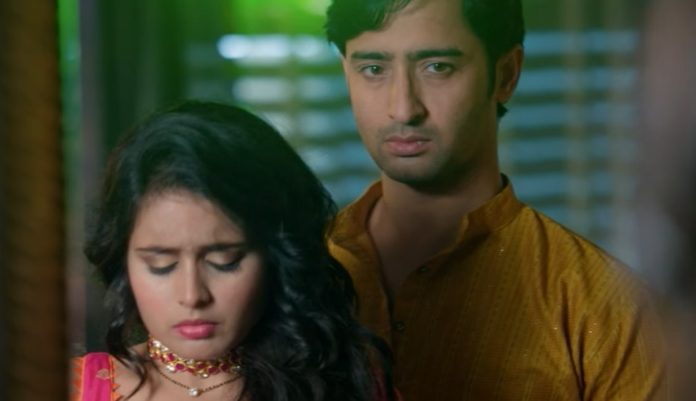 Admit it, that’s the new go to proposal line for everyone now, ever since Shaheer Sheikh, as Abir has added the spice of drunkenness and cuteness to it.

The episode of Star Plus’ popular Yeh Rishtey Hain Pyaar Ke today will leave you high on the main man’s performance just as how high Abir was, about Mishti today in his drunk state.

The episode might have witnessed the drama in it’s own accord but this one man is worth mentioning today for the effortless manner in which he managed to entertain the masses through his antics.

There are no two scents about the fact that Shaheer Sheikh is indeed an ace actor but there are certain emotions he always nails better than any other actor on TV. The cute version of the ‘drunk’ roles he does was on display today and we couldn’t help but mention how brilliant the actor was in his game today.

As per the sequence where Abir accidentally has gulped the mug of coffee with the high dosage sleeping pills, he is now under severe sedation and loss of judgement due to the effect.

The way Shaheer Sheikh brought out the same today in Mishbir scenes in the show was commendable for there wasn’t a minute moment that the actor left to give us a vibrant outburst of expressions.

From going all gaga over his wifey with the ‘meri pyari biwi’ and other cheesy dialogues for Mishti (Rhea Sharma) to ek chammach mishti, it looked like Mishti was more like a strawberry that Abir wanted to eat right away.

With the Uber adorable dialogue delivery that could make anyone fall for him, Abir’s drunkard version is definitely that can stay forever and the viewers won’t complain a bit.

Apart from the way Shaheer Sheikh made the episode belong to him entirely today, there’s no denying the absolute pleasure that ‘Mishbir’ scenes have turned out lately. With the comfort level Rhea Sharma and Shaheer Sheikh have developed, even the little hand gestures, intricate expressions and the natural conversations between the two highlight the exuberant chemistry the duo harbors.

Keeping the why’s and how’s aside of the causes, the episode today was enjoyable all thanks to the lead Jodi who turned the savior for the viewers amidst the heavy drama otherwise.