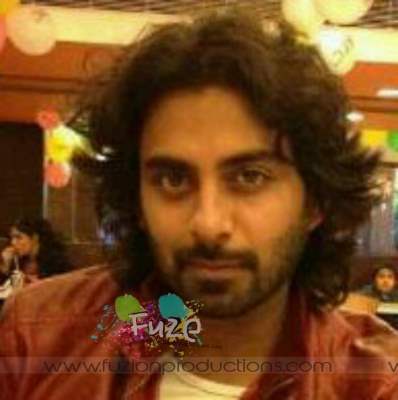 1) You debuted with Uttaran as the character of Vansh, and later joined Miley Jab hum Tum on Star One, What made you take up the role of Dhruv in the show?Â

For Uttaran, I was offered both the roles of Vanish and Veer. What I found was, Vanish had the edge which I had not seen on television before. It was the most challenging and powerful role along with being different . Plus I had not played such a role in my entire life. I thought to do something different which I would enjoy and those viewing it would also enjoy.

Dhurv was a cameo role which I took up, as I had signed Maayke Se Bandhi Dor on Star Plus. As it was taking a bit of time to start, I’m not that type of person who likes to sit at home, so I took it on. Dhurv was a purely negative character, while Vanish was not negative. He had more shades as he is an alcoholic and later falls in love.

2) Â ‘Dil Tainu Karda Ae Pyaar’ was your Punjabi film that you had done. How was your experience working for the movie? Would you want to go back into doing more Punjabi films? Many television actors are now trending towards regional films before taking a step into Bollywood.

See, if you want to do a Bollywood film, there is a long queue of people in front of you and you don’t know which number you are standing at. The kind of role and the kind of people whom you would want to work with along with the production is very tough. We don’t know when that day comes into our lives.

As far as regional films are concerned, the Punjabi films have done well and also have a great overseas market! There are hardly many actors who have done Punjabi films. There is a lot of scope, so you know where you stand.

My first film wasÂ ‘Dil Tainu Karda Ae Pyaar’ and my second was Singh vs Kaur which was with my friend, who happened to be the director of this film. It was on the spot hit, and blockbuster hit among Punjabi films. There, I again played a negative character. I guess people love me in negative role.

You do get more freedom essaying a negative role, without any limits. Where with my current role, where for the first time I’m playing a positive role, I have to be very controlled and also do a very controlled act. He is tall and dark, but he doesn’t have the convention. He has scars, and dark spots on his face.

3) The story and character has progressed, where would you like to see this character go in future?Â

Let’s not forget that Madhav is Ehsaas. When no one is around him, he is full of confidence. People are crazy about the way he speaks.Â Awaz ki deewaane hai. People want to share their problems with him. Now he himself is within a state of problems as he is now married to Araydha because of Rahul. He didn’t want to hitch Aaryadha without telling her the truth, but it happened and the truth is all out. He is not giving, and trying his best to have her realize that whatever has happened, has happened. Let’s move on in life and accept each other. Slowly, I hope she also falls in love with the same kind of faith. Let’s see how it shapes.

4) With the recent twists and turns, new people on the sets. How is theÂ environmentÂ like and what is headed for Khoobsurat?

On sets, we have a chilled out atmosphere. Everyone is excited for each and every new day. It’s more like a family as we spend more time on the sets than atÂ home. As far as the show’s progression, I’m not that type of guy who looks at TRPs and looks at what’s going on in other shows. I just give it the best, in my scene, in my show. Many people at getting attached to the show day by day.

I don’t think any actor would risk it, of looking not good on screen and still winning a lot of hearts. I love it, although it does get to my nerves that everyday you take a bath, look fresh and you come to the sets to put those scars and marks on your face. What keeps me going is people calling me Ehsaas.

5) Apart from television and films, would you pursueÂ theater?

I’m not meant forÂ theater. Theater is the toughest platform of acting. Going liveÂ in-frontÂ of people, without retakes; I am not yet ready for that.

6) We heard the that Khoobsurat is under the scanner, how true is this?

My show is just new, we’ve just started. The real story just started after Aradhya and Madhav’s marriage. The channel and production love us and our TRPs if compared are much better than a few others. Channel, production and we all are excited!

7)Â What is Khoobsurat to you – outside beauty or the inner beauty which hails from the heart?

Pehli Khoobsuarti jo hoti hai is from the outer looks without knowing anyone. The outer beauty is what the eyes see. So if you ask me first, it’s the outside beauty, but within a relationship, I feel it’s the inner beauty actually comes. If that’s not sure, then it’s tough to spend the rest of your life with someone. If she can’t coroporate with you, can’t adjust with you or vice verse it’s very hard. Khoobsurti jo hai aapke andar honi chaye. Aapka dil jo Khoobsurat hai toh saari cheezen khoobsurat aayengi.