10 years ago, in the corridors of schools and colleges, the hot topics of discussions were television serials.

Young girls did drool on the brooding lead actors of T-Town and the actresses were inspirations for latest fashion and style tips.

During Kyunki Saas Bhi Kabhi Bahu Thi‘s era, if Hiten Tejwani had been the crush boy for many girls, Gauri Pradhan’s ‘Nandini skirts’ formed the major collections at the women’s wear outlets.

Not too long ago, back in 2012, even the show Iss Pyaar Ko Kya Naam Doon had the same humongous effect on the youngsters. Barun Sobti ruled their hearts and Sanaya Irani became an icon as Arnav and Khushi respectively.

Those were the days when TV ruled the discussions tables of the youth and middle aged urban people.

While TV still is a platform for style tips to many, other things have changed.

In a media college in the heart of the city of Kolkata, students discuss about ‘Made In Heaven‘ and ‘Puncch Beat‘.

In a coffee shop, two young girls are heard talking about ‘Test Case’ and ‘Sacred Games’.

‘Broken But Beautiful‘ is the favourite web series of a girl who has greatly fallen for Vikrant Massey after watching the series.

‘Hey Prabhu‘ is in the binge watch list for a working person who is waiting for the weekend to appear.

All in all, it’s quite clear that the young crowd is shifting towards the digital platform. May be our mothers and aunties still do talk on the dining table about Kullfi‘s hardships, sympathise with Prerna‘s tears, watch with eagerness the circular storyline of Abhi and Pragya in Kumkum Bhagya, but TV is losing the youth crowd gradually.

And that makes us wonder if the content on TV needs a radical shift now in order to maintain a balance. Youth might not be the target audience for television, but they are influencers who can in future pull down television as a lesser influential platform than the rapidly growing digital platform. World has gone mobile. TV is on mobile too. But the content on TV is not competitive enough.

Meanwhile, as I type down this, a young boy is watching the Hotstar Specials‘ promo of ‘Roar Of The Lion‘ in a crowded restaurant somewhere at Sector V of Salt Lake City, Kolkata. 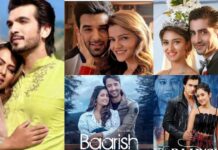 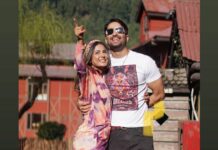 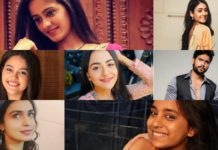