Actor Zain Imam has been one of those rare actors on television who has continuously worked in different shows without any break. His journey started off with MTV’s Kaisi Yeh Yaariaan followed by Zee TV’s Tashan E Ishq and Yeh Vaada Raha. He then went on to play ACP Neil Khanna in Star Plus’ Naamkarann followed by the role of a magician in Ishqbaaaz and an army officer in Ek Bhram Sarvagun Sampanna.

The actor is also seen in Khatron Ke Khiladi on Colors TV and Laal Ishq on &tv. Non stop, through 5 years across different channels Zain has been playing variety of roles.

His characters involve positive, negative and grey characters. Must say he is equally lucky and talented to get such variety of characters to play on small screen.

As Zain completed 5 years of his journey on TV, his fans created a video of his compiling clips of his each character on screen. The video is engrossing and obviously a great watch!

Zain Imam has always been known for acknowledging his fans’ gestures. And this time too he didn’t take time to repost the video and thank everyone for being with him in this journey of 5 years.

He wrote, “I want to thank each and everyone of you for loving every moment in the last 5 years of my stint as an entertainer”.

Check out the video below –

I WANTO THANK EACH AND EVERYONE OF YOU FOR LOVING EVERY MOMENT IN THE LAST 5 YEARS OF MY STINT AS AN ENTERTAINER🙏❤️❤️ #journey #Repost @_kings.domain with @get_repost ・・・ ⚜5 Years And Counting… King has been ruling the television world since 2014 and on this day, he has completed His Five Years. Well, it's such a proud moment for all of us. May he keeps Ruling the Small Screen World And Our Hearts As Well!! ❤💫 ….. @zainimam_official Many Many Many Congratulations To You For Completing 5 Years In Television Industry. Undoubtedly, your journey is really inspiring for all of us, and I hope you keep growing leaps and bounds. ❤💫 – – – – #zainimam #zain #zainimam_official #neilkhanna #naamkarann #kabirmittal #ekbharamsarvagunsampanna #tashaneishq #yuvrajluthra #abeerdharmadhikari #yehvaadaraha #kaisiyehyaariaan #kkk9

We wish Zain many more such flourishing years ahead in his career. 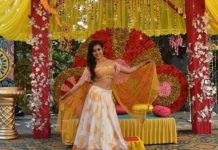 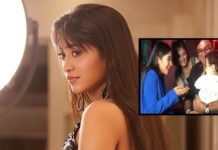 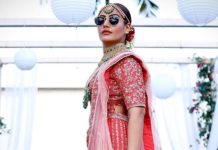