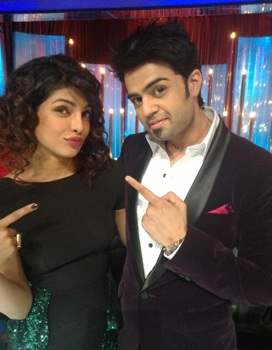 Next Week on Jhalak viewers will get to see some more exciting performance of the contestants, with the Teen Ka Tadka twist. And for cheering them up and promoting the film, the Zanjeer team will be seen on Jhalak.

Zanjeer has Priyanka Chopra and newbie Ram Charan Teja in lead roles. The movie is the remake of old Zanjeer and is slated to release on 6th September. Priyanka will be seen publicly first time on any show after the demise of her father (to whom she was very close). Priyanka is on Jhalak for the third time for promotion of her movie. Jhalak is said to be the main focus point for the promotion of any movie, because of its standard and  popularity.

With only 6 contestants remaining and the competition is getting stronger. We wish all the luck to the contestants for the remaining tough fight.