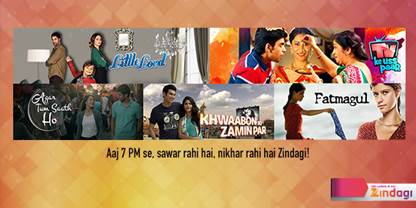 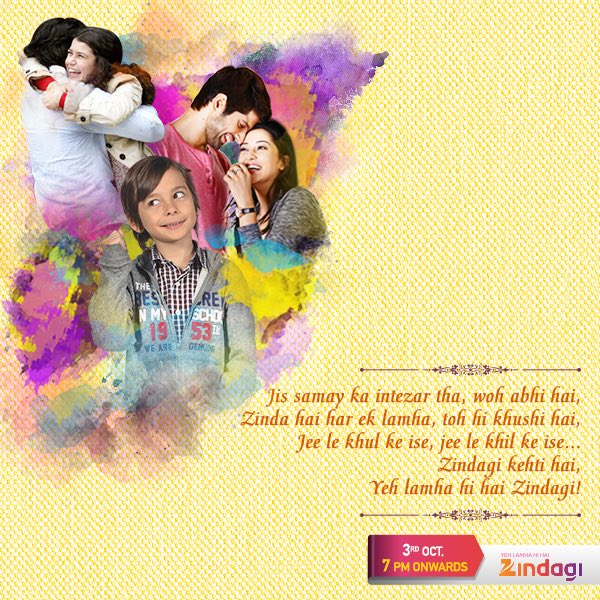 The channel under Zee entertainment network which launched its self in 2014 with some very popular and super hit shows from across the border has gone for a revamp.

The reason for this revamp is the ongoing tension between the two neighboring countries post the brutal Uri attack on the soldiers of Indian Army by terrorists. Following which the channel has decided upon not airing any Pakistani content here after on the channel.

From tonight onward Zee Zindagi is all set to air its new shows made by Indian production houses with Indian actors with concepts running around Muslim backgrounds mostly and some Turkish shows as well.

The show themes are vibrant and dynamic, a total package to be precise, but it would be their execution which should and shall make the difference.

These shows will be airing six days a week, Monday to Saturday. The show details are as follows:

The story of a rich Delhi girl who falls in love with her collage mate, who hails from a moderate background and wishes to marry him, however, against the wishes of her family. What happens post her marriage with the guy and what happens to her equation with her father? To know and explore their journey tune into Zingadi at 7 PM.

This Turkish show surely seems to get to your heart once you have a look at its teaser. The show is about a little boy whose parents are always fighting with each other, but he who loves them both equally is trying all his might to keep his whole family united and together. Follow the story of the Turkish Little Lord at 7:30 PM.

The show will provide a comic relief to the viewers. It’s an attempt to showcase the obsession of TV viewers with daily soaps, its characters and their impact on us. The show is said to make us laugh at our own antics and behavior presented on screen in the form of the show characters representing the viewers as in us obsessed lot. To get your funny bones tickled don’t miss to watch ‘TV Ke Uss Paar’ at 8:30 PM.

It’s an ongoing Turkish show on the channel of a brave heart who is raped and forced to marry the person rapist. It’s the story of the girl who transforms herself into a very strong, courageous and independent women after being made to go through so much hard ships. The show airs at 9 PM.

The show will air at 10 PM. The story is of a young ambitious guy who leaves his family and love to chase and achieve his dream of becoming a super star in Bollywood to Mumbai. The show is produced by Anumpam Kher’s production house.